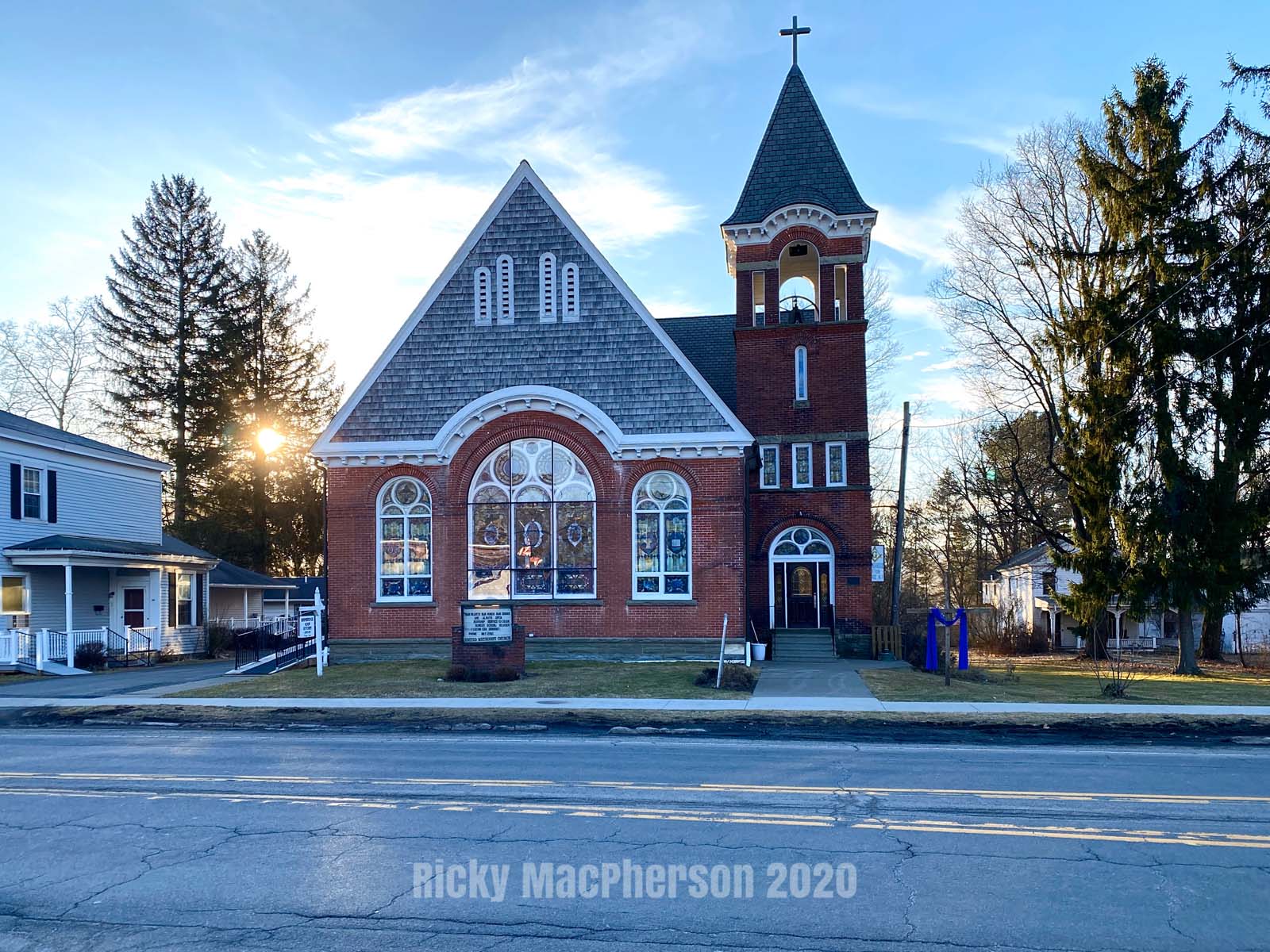 Meeting called to order by Chamber President, John Payne, at 7:35 AM.

Jay advised that he still has not received the $2,000 donation for the Memorial Day fireworks from Pine Ridge Grocery. I agreed to follow-up and sent Mike a follow-up email.

Phil provided a Village Report. Phil continues to investigate various grant opportunities. They are looking into putting a charging station near the railroad tracks through a Clean Energies Program Grant. They have had an engineering firm conduct a sewer study to determine where all the water is coming from during heavy storms. It was determined that the old pipes/joints are contributing to our issue, and it was recommended that a lining of the pipes to seal up where the water is getting in be done. Cost of the project is $6 million so Phil will need to continue to investigate grants/opportunities to pay for this work. The Village workers will start work on sidewalks next week. The construction project being done by the state is supposed to be complete by November. The Village and the Town are researching opportunities to build a “pathway to the park” – a sidewalk from downtown all the way to General Clinton Park.

Dolores provided a Town Report. The Park is open, and they hosted their first event – the Dog Show. There are (6) seasonal campers this year most of which are local and many others camping. The playground program is up and running. This year the director is an adult, and the program is running very smoothly. Enrollment is low but they feel that is due to the summer school program being offered at the elementary school. There are lots of issues with the pool as it is old and needs repairs. Dolores is looking into grants to fund the repairs. There is a leak in the bottom near the drain which is requiring water to be added often and there are issues in the pumphouse with an estimated cost of $80,000 to repair. The town has finally hired a new employee for their vacancy, and they have a new truck.

Kerri provided a Commerce Chenango update. She brought copies of their relocation/community guide that provides an overview of the county. Copies have been printed but it is also available online. They have also printed a travel guide. She is excited as they have purchased the SUNY Morrisville building with the intent to build a hotel since there is not a local hotel in Norwich. The closing should be in mid-August. She is also excited about a new link on their website – Golden Shovel. This can be found on their website under Economic Development. It gives property owners the opportunity to upload their available property information which Kerri then approves prior to it going live. It does require some clean-up as some of the information is outdated. Kerri will be in contact with Rich Paul to help with this. They will be doing a marketing push of this resource in the Fall. It is FREE and allows people to pull reports of the available properties.

Armando provided an update of 64 North Main Street which houses Seven Stones. Armando has added sheds to the property for artisans of Bainbridge and surrounding areas to showcase their products. The sheds can be rented but Armando is willing to provide them for FREE for the rest of the season. Tina Townsend as expanded her business into both sides of the building but will provide space for local artisans as well. The car wash is open, and detailing has been added by appointment only.

Teri provided an update regarding 4TownsForward. Since Vision 21 was never dissolved and was set up previously as a 5013C, 4TownsForward will be set up as a dba under Vision 21 allowing the group to move forward sooner. There was a meeting following the Chamber meeting with representatives from Sidney, Unadilla, Bainbridge, and Afton. 4TownsForward will continue to review grant opportunities. They are also working on a Tourism brochure that will feature each village.

Terri also spoke about the Capital Campaign they are doing for the Sidney Community Center which will allow them to keep the center running. The Campaign asks for a 5-year commitment from individuals, corporations, and foundations with an overall goal of $50,000 per year. The letter they are sending out is tailored to the individual or business that it is going to. Terri suggested that Bainbridge could do a similar campaign for the Bainbridge

The Sidney Chamber of Commerce Golf Tournament is next Friday. Halfway to Hoolie is September 18th with a large parade, vendors, tastings, etc. Their annual dinner is September 23rd.

Mary advised that Bainbridge Connects has gone out and they are hoping to do a Christmas Calendar for their next issue.

Since we have neglected to follow-up on unpaid membership dues and it is too late to do so now, a Membership Committee has been formed to put a process in place for next year. The Committee will develop a flyer on reasons to be a member of the Chamber and will approach anyone that has not been a member and encourage them to join. It was suggested that membership include advertising in Bainbridge Connects. The Committee Chair will be Jr Bogert and members will include Bruce Kellogg, Rich Paul, Matt Germond and Jay Campbell).

Gun Raffle tickets are now available. Cost is $20 and drawing will take place during Bainbridge Days in September. We must get selling the tickets as we need to cover the cost of the prizes and since this is a fundraiser we need to sell to make some profits.

Motion to adjourn by Barb second by Mary, carried. Meeting adjourned at 8:53 am.